They say a dog is a man’s best friend, but who knew they could be so much more? Dogs have deep emotional bonds with their owners and contribute friendship, adventure, and companionship – sure signs of a fantastic pet. From sporting events and camping trips to the living room sofa, there’s no denying dogs’ loyalty and wonderful presence.

Their unconditional love continues through their years as a trusted confidante, sidekick, and “furry therapist.” Although they are man’s best friend, there are probably many things that you don’t know about them. Dont worry; this article will help shine the light on some of the unknown facts.

The United States Has 75 Million Pet Dogs, More Than Any Other Country

Paws up to the United States! As of 2020, the United States has a population of 75 million furry friends—also known as pet dogs. That’s right, more than any other country in the world. So it’s no surprise that the United States is also at the top regarding dog-related products, such as treats and toys. After all, you can’t train a pup on an empty stomach! The US indicates its canine devotion one poop bag at a time (with over 50 million poop bags used daily). So hats off to you for keeping your pups happy and healthy!

Dogs may not know why you humans want to bury your noses in the rosebushes, but they can certainly get a good whiff of them. As it turns out, their sense of smell is an impressive 1,000 to 10,000 times stronger than that of humans. No wonder a dog can detect the subtle scents left on old furniture from decades ago!

This extraordinary power also aids them when playing fetch, as they quickly find hidden treats behind sofa cushions and even track down lost socks under beds. Such astounding abilities will leave you with a newfound appreciation for your four-legged friends.

The notion that an average dog is as intelligent as a 2-year-old toddler may sound outrageous, but it’s not that far off. Dogs have been man’s best friend for centuries, and as such, humans have worked intensively to train them in various areas like herding and protection.

Even more astonishing is how quickly dogs can learn, especially when compared to the years it takes small children to understand language and manners – two areas where dogs excel. It shows that training a dog is similar to parenting a toddler!

Dogs Can Communicate With Each Other Using Body Language And Vocalizations

We all love your four-legged friends, and it’s now more evident than ever that your tail-wagging companions are far from just a bundle of joy. Dogs can communicate with each other and humans through their unique body language and vocalizations. The high pitch yelp of a pup or the soulful eyes of a hound can say a million words. Sometimes it’s hard to tell who is conversing more – you or your canine counterparts! It just goes to show that wherever expressive creatures live, clear communication follows.

Dogs Mostly Sweat Only From Their Footpads And Nose

You sweat from your head to your toe, yet surprisingly dogs only sweat through the tiny patches covered by their footpads and nose region. As you all know, a dog’s nose is always on the go, whether getting acquainted with a new human or chasing after their favorite squirrel. All that action must be exhausting! And a good reminder for all of you to stay hydrated. So the next time you pass your pup lazing in the summer heat, you’ll know why they’re panting – they’re cooling down while they take a break!

Puppies Are Born Blind And Deaf

When it comes to puppies, something that might surprise people is that when first born, they come into the world unable to see or hear. So while it’s exciting for proud owners and breeders when a new litter appears, those first few moments in life can be disorienting for the bundles of fur. Although, it is incredible the moment their eyes and ears open!

It’s like watching a new world uncovered with newfound wonder at every barking sound or furry face they greet. Such tiny creatures indeed experience a lot within their first days on earth.

Dogs Have Their Own Language, Which Varies By Breed

It’s truly incredible how resilient puppies are when born into this world. Despite being born blind and deaf, these little furballs manage to find their rest spot, bond with their mother and siblings and survive despite a lack of fully-formed senses. What’s even more impressive is that they rapidly learn to recognize and respond to tones in their environment, showing how quickly pups adapt to the world around them.

If anything serves as an example of how much your lives can change for the better, it would be how quickly puppies go from being nonverbal and unseeing creatures to full-blown onomatopoeia enthusiasts.

Dogs Can See In Color And In Ultraviolet Light

Your ‘paws-itive’ pup can do more than fetch the newspaper – it may be able to appreciate the colorful living room you’ve designed too! Research has found that dogs have much better-developed vision than humans and not only see in color but also see beyond the visible color spectrum into ultraviolet light.

While humans find a sunrise beautiful, imagine how much more wondrous a view your dog could have at its disposal! However, don’t go painting your whole house in ultraviolet paint just yet – while you’re sure your pup would love it, you probably wouldn’t experience much of an added benefit.

These Are Just A Few Of The Many Fun Facts About Dogs!

There’s much more to learn about these fluffy little bundles of joy. Dogs are extraordinary creatures, from the canine sense of smell, a thousand times better than our own, to their unique ability to navigate any obstacle quickly and gracefully. Whether they’re your best friend or family member, learning more about them is always a pleasure. 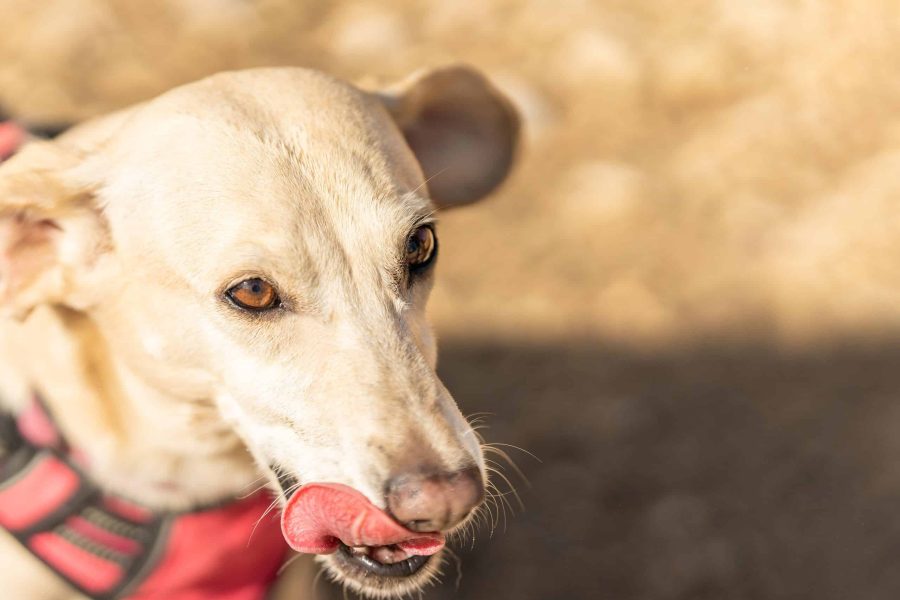