Do you love cats? If you do, then you’re not alone. Cats are one of the most popular pets in the world, and a lot goes into making them unique. From their intelligence to their unique abilities, cats deserve all the praise they get! This article will be going to take a look at some of the most amazing facts about these furry creatures. So if you’re curious to learn more, read on. You won’t be disappointed.

Cats Have Been Domesticated For Over 4,000 Years

Cats are amazing creatures. They have been with you for thousands of years, and their history is full of fascinating facts and stories. For example, did you know that cats have been domesticated for over 4,000 years? That’s longer than any other domesticated animal! And cats are believed to be the first animal to be domesticated in the Middle East. People think they originally came to human settlements because of the rodents they could hunt there. Over time, they became increasingly accustomed to living with humans until they were fully domesticated.

There are over 500 million domestic cats worldwide, making them one of the most popular pets. And it’s easy to see why – they’re loving, loyal, and make great companions. So next time you see your cat curled up on the sofa, take a moment to appreciate all the history and mystery surrounding these beautiful creatures.

House Cats Share 95.6% Of Their Genetic Makeup With Tigers

It’s no secret that cats have long been considered among the most popular pets worldwide. And with good reason! They make great companions, are relatively low-maintenance and are pretty darn cute. But did you know that house cats share 95.6% of their genetic makeup with tigers? That’s right – those cuddly little fur balls are closer to their wild cousins than you might think. Of course, there are some noticeable differences between the two species.

Tigers are much larger, averaging around 400 pounds compared to the average house cat’s 10-12 pounds. They also have significantly longer lifespans, with tigers living an average of 20 years in the wild compared to house cats’ 9-10 years. But when it comes down to DNA, there’s not much difference. So next time you’re snuggling up with your furry friend, remember that you’re cuddling up with a miniature tiger!

This means that their bodies require more oxygen, and their hearts have to work harder to pump oxygen-rich blood throughout their bodies. Additionally, cats are very active animals, and their hearts must work harder when running and playing. Finally, it is believed that cats evolved to have faster hearts to escape predators. A fast heartbeat allows them to run away quickly if necessary. Regardless of the reason, it is clear that a cat’s heart is an amazing thing!

One of the most amazing facts about cats is that they can see up to six times better in the dark than humans. This heightened sense of night vision is made possible by a specialized layer of cells in the back of the eye called the tapetum lucidum. This layer reflects light through the retina, which increases the amount of light that reaches the cells responsible for vision.

Cats also have more rods in their eyes than humans, which are sensitive to low levels of light. As a result, cats can see shapes and movement in dimly lit environments that would be entirely dark for us. So the next time you see your cat prowling around at night, remember that they’re not just following their instinctual hunting instincts – they can see what they’re doing!

Believe it or not, a cat’s whiskers are one of its most important tools. Also called “vibrissae,” whiskers are long, stiff hairs that grow on the sides of a cat’s face. Though they may look like nothing more than fur, whiskers are highly sensitive organs that help cats navigate their surroundings.

Whiskers are connected to the nerves in a cat’s skin, and they can detect even the slightest changes in air currents and pressure. This helps cats avoid obstacles in the dark and gives them a better understanding of their environment. So the next time you see your cat’s whiskers twitching, know that it’s not just a cute quirk—it’s an amazing adaptation that allows cats to survive and thrive in the world.

Cats are amazing creatures, capable of doing things other animals can only dream of. One of the most impressive feats cats can perform is jumping five times their own height. This incredible ability is made possible by a combination of powerful leg muscles, flexible joints, and sharp claws. When cats want to jump, they first flex their hind legs, storing energy in their muscles like a coiled spring.

Then, they use their powerful leg muscles to propel themselves into the air, using their claws to help them grip surfaces. This amazing ability allows cats to escape predators, reach high places, and catch prey. So next time you see a cat jump, remember that you are witnessing one of nature’s true wonders.

Did You Know These Facts About Cats?

Cats are amazing creatures, capable of doing things other animals can only dream of. From their incredible sense of night vision to their ability to jump five times their height, cats are truly unique animals. The next time you see a cat, take a moment to appreciate all the fantastic things they can do.

The Pros and Cons of Declawing Your Cat

If you’re considering declawing your cat, you should know that the procedure has pros and cons. In this article, we’ll look at some of the…

Read More »The Pros and Cons of Declawing Your Cat 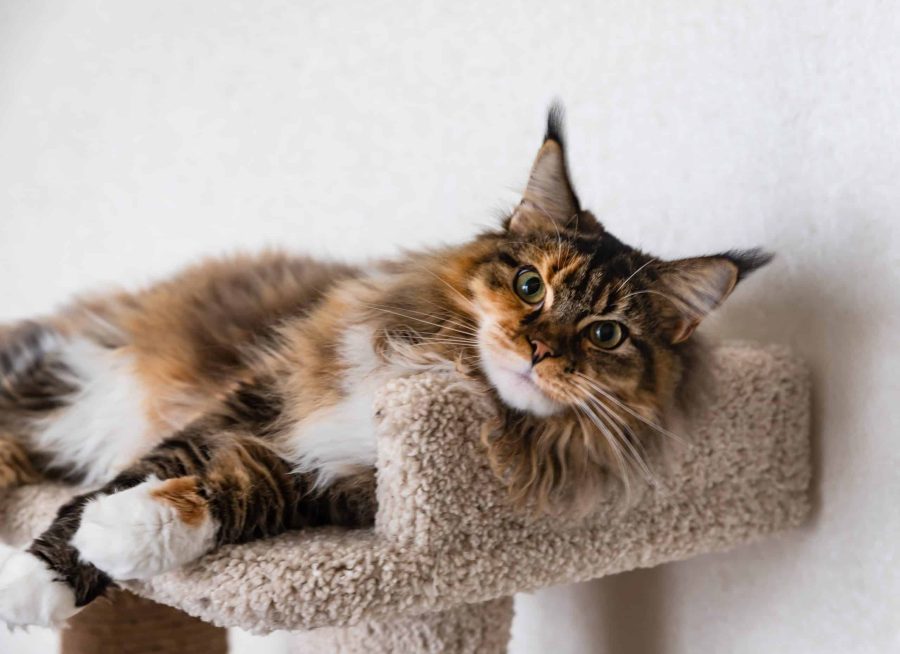 Cats are one of the most popular pets in the world, and it’s easy to see why. They make great companions, they’re relatively low-maintenance, and…

Cats are beloved pets in households around the world. They are known for their independent nature, playful personality, and aura of mystery. Cats are generally…