Did you know that cats can rotate their heads almost 360 degrees? Or that they have night vision? These are just a few interesting facts about cats that most people don’t know. This post will discuss other interesting things about these furry creatures and some of the things that make them unique. It will also dispel some myths about them that have been circulating for years. So, if you’re curious about cats, keep reading!

Cats have been companions to humans for thousands of years, yet there are still many myths and misconceptions about these furry friends. For instance, many people believe that cats are aloof and unaffectionate. However, studies have shown that cats form strong bonds with their owners and can be just as affectionate as dogs. Another common misconception is that cats are lazy and inactive.

While it’s true that cats enjoy lounging around, they can also be very active, as any owner of an indoor cat can attest. Research has shown that cats need at least 30 minutes of exercise per day. So, the next time you see your cat curled up in a sunny spot, remember that she is probably just getting some well-deserved rest after a vigorous play session.

And finally, one of the most persistent myths about cats is that they always land on their feet. While it’s true that cats have an innate ability to right themselves, this isn’t always the case. If a cat falls from a great height, it is a good chance of being injured. So, if you see a cat fall, don’t assume they are fine – call a vet right away.

Now that you have learned to dispel some of the myths about cats, let’s look at some of the things that make them so special. The following facts are sure to surprise and amaze you:

Cats Have 32 Muscles In Each Ear

Cats are known for their keen sense of hearing, and it turns out that their unique ears play a big role in this ability. Cats have 32 muscles in each ear, which gives them much greater control over the movement of their ears than other animals. As a result, they can rotate their ears up to 180 degrees, allowing them to pinpoint the source of a sound with amazing accuracy. In addition, cats can also tilt their ears forward and back, giving them an even greater range of motion.

This flexibility allows them to pick up far too faint sounds for humans to hear. Combined with their sharp sense of smell, this makes cats very effective hunters. It also comes in handy for eavesdropping on conversations and detecting potential threats.

Cats Also Have Whiskers On Their Legs

Cats are well known for their whiskers, which they use to help them navigate their way around. It is less known that cats also have whiskers on their legs. These leg whiskers are slightly different from the ones on their face, being thinner and more flexible. However, they serve the same purpose: helping the cat judge distances and avoid obstacles.

Furthermore, leg whiskers are sensitive to touch and vibration, giving the cat a greater awareness of its surroundings. So when you notice your cat cleaning its legs, remember that it’s not just keeping them clean – it’s also using its leg whiskers to stay safe and navigate its way through the world.

A cat’s life revolves around sleeping, napping, and lounging around. Cats spend approximately 70% of their lives asleep! This high percentage is due to a few factors. For one, cats are obligate carnivores, which means that their diet is mostly composed of protein. Because protein is difficult to digest, cats need to sleep to give their bodies the time and energy to break down their food. Secondly, cats are crepuscular, meaning they are most active at dawn and dusk.

As a result, they tend to sleep during the day and be up at night. Lastly, cats are natural predators and have many enemies. Sleeping provides them with a much-needed respite from the world’s dangers and allows them to rest and recharge. So the next time you see your cat sleeping away, remember that they are following their instincts.

The Average Cat Can Jump 5 Times Their Height

It’s no secret that cats are among the most agile creatures on Earth. They can leap incredible distances, and they often land on their paws. But did you know that the average cat can jump 5 times its height? That means a cat 2 feet tall can jump 10 feet in the air! So how do they manage such an impressive feat? One of the reasons is that cats have very powerful hind legs.

Their backsides are much stronger than their front legs, which gives them a lot of spring. In addition, cats are very flexible and have no fear of heights. So when they see something they want to reach, they just go for it! So if you see your cat bounding around, remember that they’re capable of amazing feats.

The Vast Majority Of Calico Cats Are Female

For many centuries, humankind has been fascinated by calico cats. These beautiful creatures have captured the imaginations of artists and writers, and their distinct markings have made them a popular choice as pets. However, one aspect of calico cats continues to puzzle experts: why are the vast majority of calico cats female?

The answer lies in genetic history. Calico cats get their distinctive fur patterns from two different alleles or expressions of a gene. One allele is for black fur, and the other is for orange fur. For a cat to be born with black and orange fur, it must inherit one allele from each parent. However, these alleles are located on the X chromosome. Males only have one X chromosome, meaning they can inherit only one allele for fur color.

As a result, almost all male calico cats are born with black or orange fur. Females, on the other hand, have two X chromosomes. This means they can inherit two alleles for fur color, resulting in the beautiful black-and-orange pattern that people associate with calico cats.

Did You Know These Facts About Cats?

Cats are amazing creatures with many interesting features that most people don’t know about. From their leg whiskers to their sleeping habits, there is a lot to learn about these fascinating animals. Therefore, whenever you see a cat, take a moment to appreciate all the incredible things that make them so special. Who knows – you might just learn something new! And if you are lucky enough to own one of these amazing creatures, then consider yourself truly fortunate. After all, a cat is not just a pet – they are a family member! 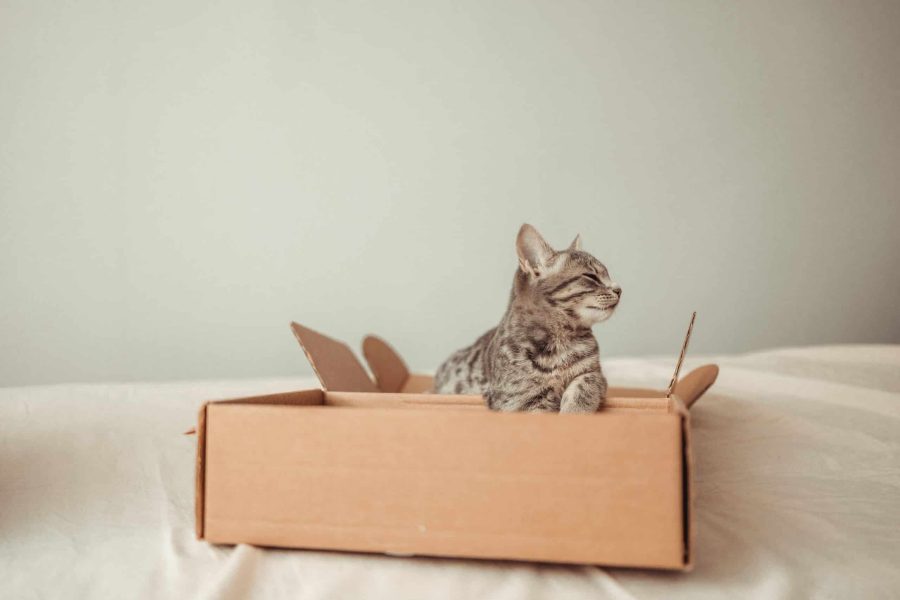 Understanding the Body Language of Your Cat

Do you ever feel like your cat is trying to tell you something, but you’re not quite sure what it is? Well, it should come…

Read More »Understanding the Body Language of Your Cat

Do you love cats? If you do, then you’re not alone. Cats are one of the most popular pets in the world, and a lot…

It’s no secret that cats are obligate carnivores. They eat mostly small prey, such as rodents and birds, in the wild. To keep your kitty…