Some people think that if their pet is healthy, they can feed them anything. In the wild, dogs and cats would eat prey with bones and fur, which are both nutritious. They also ate plants to ensure they got all their nutritional needs met. However, our pets don’t have this luxury in captivity because we control what they eat. So it is up to us to make sure that we’re giving them food with all the proper nutrients in it, without any of those harmful ingredients! Here’s a list of some ingredients you should avoid feeding your pet!

This additive is a flavoring, and it’s one of the most dangerous additives in food. It can cause flushing, numbness throughout the body, headaches, muscle tightness and spasms, nausea, and heart palpitations! These symptoms are often referred to as MSG Symptom Complex. MSG has also caused obesity in pets, which is why you should avoid it.

These preservatives preserve fat and oil in foods, which is why they’re in things like butter and meats. However, both of them cause tumors and cancerous tumors! They can also cause liver damage and create oxidation stress within your pet. Inclusive feeding studies show that pets often have higher levels of these chemicals in their blood, linked to hyperactivity and aggression!

Gluten is the protein found in certain grains, like wheat. It’s often a binding agent or filler to improve the consistency and texture of foods. You can also find it in some supplements. However, quite a few dogs have allergies to gluten, which causes them to break out with hives! Other symptoms include vomiting, diarrhea, fatigue, and sudden weight loss. Allergies can develop at any point in your pet’s life, so this is something you should avoid if possible.

This is often listed as an ingredient in wet foods because it helps retain water, but it may sound familiar to you if you’ve ever looked at the car radiator fluid section of your local auto store! It’s in coolant and antifreeze, which sounds dangerous for our pets to ingest! Unfortunately, this ingredient is not regulated, so you never know how much they’re eating.

You can find this ingredient in pet food because it’s a binding agent, but it also makes foods tastier. It’s also another cheap filler that gets added to reduce the number of expensive nutrients in the food. The problem with corn syrup is that it contains high levels of fructose which can lead to obesity, diabetes, and pancreatitis. It is best to avoid any pet food with this ingredient.

Sodium nitrite is a permitted antioxidant in pet foods and can be harmful in high dosages, causing methemoglobin. Methemoglobin is an iron-containing metalloprotein that can bind to hemoglobin, but instead of carrying oxygen throughout the blood, it reduces the ability to do so. This causes low oxygen levels in your pet’s body, leading to breathing problems and cardiovascular issues! Sodium nitrates have also been linked to cancer in certain studies, especially when combined with additional Vitamin C and Vitamin E, both common natural vitamin sources.

Soy is often found in dry foods, like dog kibble, as a filler or binding agent. It’s very common to see it in pet food because of its low price. However, soy comes with several issues that you should be aware of. First off, most soybeans are genetically modified, increasing your pet’s risk of developing cancer. Secondly, soy contains high levels of phytic acid, which inhibits the absorption of minerals in your pet’s body. This can lead to severe deficiencies and cause issues with their bones or teeth!

Animal fat is usually listed as one of the first ingredients in foods because it’s cheap, but it can also be hazardous. There are two reasons why pet food companies include this ingredient instead of animal meat. First, it’s easier to preserve. Second, animal fat doesn’t have as strong a smell as meat, making the food smell “sweeter” without scaring away potential customers. Unfortunately, though, the fat in these foods is often rancid because they come from diseased or euthanized farm animals!

A protein found in the germ of corn kernels is often added to dog food to improve its protein content. However, it doesn’t have much nutritional value like other proteins do and can be challenging for your pet to digest! Additionally, many pets are allergic to corn which means their body will start producing antibodies due to corn cells in their body. It can also cause stomach upset, vomiting, and diarrhea.

Ethoxyquin is used to keep fats from spoiling, and in some pet foods, it may be labeled as a preservative. Ethoxyquin can inhibit your pet’s enzyme activity, decreasing their ability to fight infections! It also reduces the production of red blood cells when ingested by pets. Studies have shown that ethoxyquin can cause kidney toxicity, cancer, and damage to your pet’s central nervous system.

As you can see, there are many pet food ingredients that you should avoid at all costs. Most of these are in dry and wet foods, but some are only in certain products. It’s important to speak to your vet about the best type of food for your pet before you purchase it off the shelf. Your vet will be able to help you find a food that is free of these harmful ingredients and full of the nutrients they need to live a long and happy life! 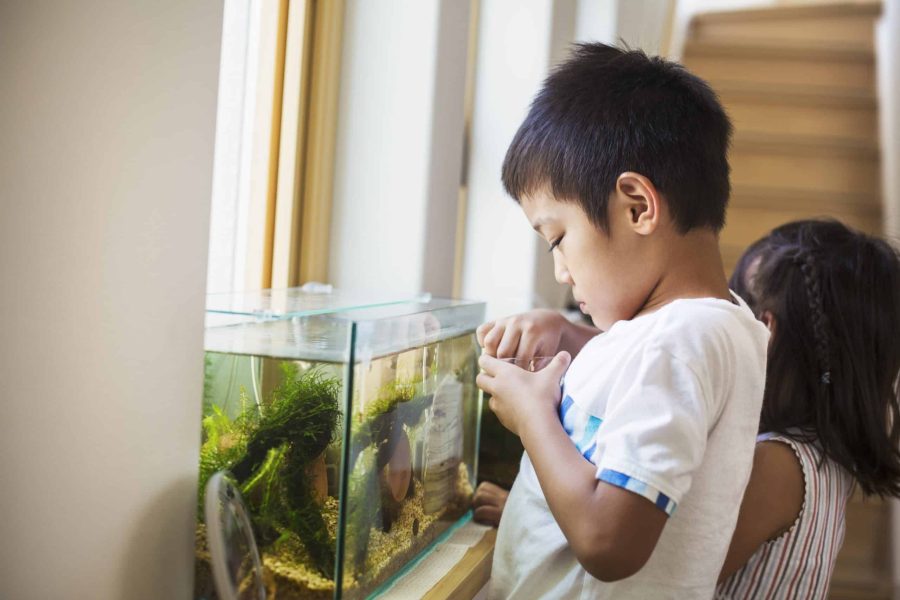 Are you looking to keep your fish healthy and happy? Are you a newly minted fish owner who needs advice on the best ways to…

Tips To Care For Your Aquarium

Having an aquarium can be a great addition to any home, but many people don’t realize that it takes a lot of care and maintenance…

Read More »Tips To Care For Your Aquarium

Common Diseases To Look Out For In Cats And Dogs

As a pet owner, you must be aware of the common diseases to which your pet may be susceptible. You can take steps to prevent…